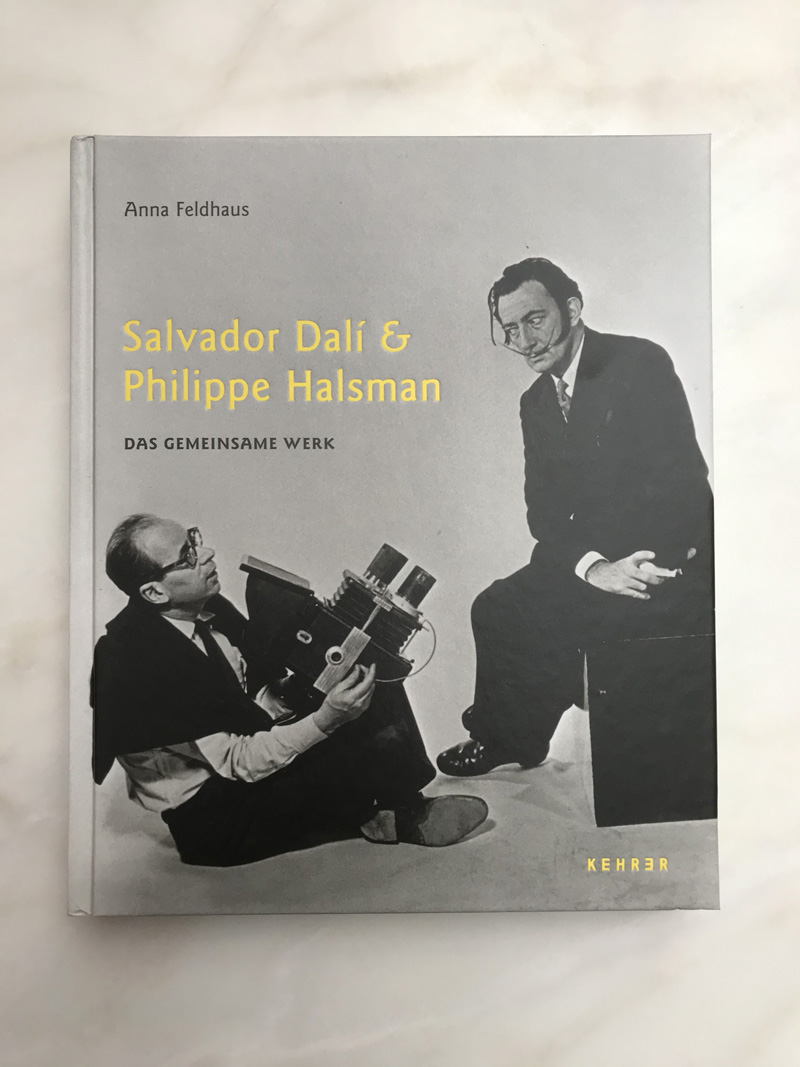 Shipping EUR 4,50 (within Germany. For shipping costs outside of Germany, please contact us via email)

Salvador Dalí is seemingly roped down from a helicopter on his world-renowned mustache, chasing weightless through the air with cats or making it rain popcorn and baguettes. Shots like these of the century’s foremost artist can be the product of only one man: Philippe Halsman (1906 – 1979). He was one of the most successful portrait photographers of his time. His photographs of the likes of Marilyn Monroe, Albert Einstein, and John F. Kennedy became icons, and he supplied hundreds of covers for the big illustrated magazines. Little known is the extent of his astonishingly equal collaboration with Dalí, whom he met in New York in 1941. Over three decades there arose a chiefly photographic oeuvre which, in many respects, was ahead of its time. Thanks to access to Halsman’s private archive Anna Feldhaus has accomplished a true new discovery. No other photographer reflected Dalí’s playful recklessness as well as he did. No other created a more fitting overall portrait of this Master of Masks than did Philippe Halsman photographic oeuvre which, in many respects, was ahead of its time.

At the latest when the spectator of Greg Haberny’s space-filling solo-show “End Of The Road” puts on the obligatory shoe covers, he realizes that he moved into a different sphere. Into a scenario, which is apocalypse and promise at the same time. Into an artist’s fantasy, which is the end and the beginning of a long journey and thereby deeply rooted in the self-conception of modernism; being radical and integrative at once. In one of his interviews with Calvin Tomkins, Marcel Duchamp put it in a nutshell when speaking of what modern art truly does. Namely to include the spectator, even more to acknowledge him as the one who is responsible that art becomes art through experiencing and discussing:

“The creative act is not performed by the artist alone; the spectator brings the work in contact with the external world by deciphering and interpreting its inner qualifications and thus adds his contribution to the creative act.” GH